Nissan North America (NNA) and the TRUE Agency, an advertising and marketing shop specialized in targeting Transcultural(TM) markets, received a silver EFFIE Award for the Black Experience campaign at last night's EFFIE Awards ceremony hosted by the New York chapter of the American Marketing Association. Black Experience was the only campaign to receive an award in the EFFIE's newly created African-American category.

"Black Experience is all about creating a dialogue with the community," said Christopher Davis, Executive Creative Director, TRUE Agency. "Through this campaign, we were able to introduce the Nissan brand to the African American community by talking to people honestly and building a relationship that would resonate and create a powerful response. To have this approach validated by such a prestigious award is a great honor."

The New York chapter of the American Marketing Association introduced the EFFIE Awards in 1968. It is the only national award to recognize creative achievement in meeting and exceeding advertising objectives. As such, it honors the "real world" work of agency/client partnerships that create, manage and build brands that have become a part of the American landscape.

Black Experience began with Nissan's brand mission "to create cars that thrill and inspire." The mission evolved into a message to African-Americans that "you thrill and inspire us." This was the inspiration for a movement that acknowledged the struggles of African-Americans, while also celebrating the successes-a movement that took place before, during and after Black History Month. Black Experience represented a real shift in advertising, demonstrating that the consumer, not the car, is hero.

"We're very proud that the Black Experience campaign has touched so many people in a positive way," said Jon Cropper, NNA Senior Manager, Youth & Urban Communications. "The goal of the campaign has been to share positive, insightful messages that celebrate the rich history and promising future of African Americans."

TRUE Agency became the African American agency of record for Nissan in July 2002. The agency, which is part owned by Omnicom's TBWA/Chiat/Day, also gained industry recognition for creating Nissan's "ElectricMOYO" campaign, which was named one of Advertising Age's "10 Top Non-Traditional Campaigns" in 2003. 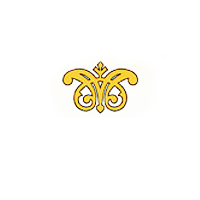 Read Richard's article on Transculturalism in Culture, Media and Politics.